PS. I started writing this piece with some different thought in mind but completed it with another one. There might be times when people criticize you or you feel they always do, but remember the fact that you are ‘people’ too. You got the opportunity to change the definition of ‘people’ for somebody else. Just remember the fact that nobody can possibly be with you forever but their wishes and words and shadow do remain.

People asking all over, why everyone gets to remember things only after something traumatizing happens… My friend, at times, it takes a shock to bring people back to normal, we’ve been so indulged in the race of victory, success and money and progress and life, that we forget what important we’ve left or that there might be someone who’s just a kind word away. And not just that people realize lately, it does come with some guilt, though not enough to bring people back. But what can be done is, knowing the fact that we don’t know how and where the person gone is, be there for those aggrieved. That has the power to make peace, I assure. Till time, be the People. Life is in the mid of extremes, just like the evening, neither too bright nor too dark… समय है साँझ का |

Just a kind word away!

Sayonara! A word that sounds great…
But has so much feels and pains.
Sometimes easy to say,
But not so, could stay. 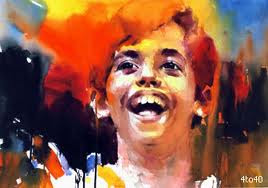 Once I decided to be a leader.,

Not for any kinda fun nor was I a Traitor…

I just wanna do something for my family, much for my country!

Once I decided to be a leader…

Not for fun, but I wanted my turn,

Where I can safeguard people, do something for them, protect lil’ saples!

But then I remembered…

I’ve to cross elections too,

Will anyone be there to press the key for me?

Do I have anything to say in my achievement speech?

Have I been a player or won medals to show & admire?

But I can tell that I’m a good person,

Maybe, others have much more qualifications,

But am proud of my Inner versions…

Once I decided to be a leader,

Not for fun, but just to make all one,

Just wanna be a leader,

Cuz I want my ideas to Feasible! 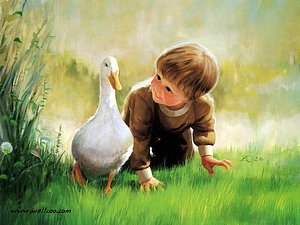 “The sands of times have rendered fear, the Earth sings in the elegy and not the majestic, profound splendor is heard. The next time you look at it, don’t be shocked for its no more wondrous, lend it Peace, it’s tired!”

The regular change in the climate, like rain and hail in the mid of March or the dropping of temperature when it tends to be much high or the extreme rainfall, longer, warmer summers does create fear, if the earth or the human species is going to glide by.
Now, if at all, one can blame the humans for this or not, has been in question for a while; probably what Yuval N. Harari explains, in his book ‘Sapiens- A Brief History of Humankind‘, talking about firsts in climate change, occurring due to human intervention in Australia, some 46,000 years ago helps. He says “within a few thousand years, virtually all the giants, like koalas, dragon-like lizards, vanished. Of the twenty-three Australian animal species weighing fifty Kilograms or more, twenty-three became extinct. A Large number of smaller species also disappeared. Australian ecosystem was broken and rearranged, being the most important transformation of the Australian ecosystem for millions of years”, he continues, “During the last million years, there has been an ice age on average every 100,000 years.”
“The giant diprotodon appeared in Australia more than 1.5 million years ago, survived the first peak of the last ice age, around 70,000 years ago. Why then, did it disappear 45,000 years ago (just after humans stepped in Australia)?” “But more than 90 per cent of Australia’s megafauna disappeared along with… The evidence is circumstantial, but it’s hard to imagine that Sapiens, just by coincidence, arrived in Australia at the precise point that all these animals were dropping dead of the chills” There have been more examples which may prove the guilt of sapiens, being the reason for the mass extinction of different species at a different level, for instance, The megafauna of New Zealand which survived all weathers but suffered devastating after the first humans set a foot on the island or the mammoth, which suddenly disappeared to extinction about 4,000 years ago, just when the first humans reached the island. Quoting the book, “The historical record makes Homo Sapiens look like an ecological serial killer.” And there’s less to prove that this doesn’t go along the reality. Homo sapiens held the record among all organisms for driving the most plant and animal species to their extinctions. We have the dubious distinction of being the deadliest species in the annals of biology.
Insects are vital to ecosystems but will lose almost half their habitat under current climate projections. One-third of plant and animal species could be gone in 50 years. Researchers studied recent extinctions from climate change to estimate the loss of plant and animal species by 2070. Their results suggest that as many as one in three species could face extinction unless warming is reduced.

If we go by stats, talking specifically of India, among the most populated countries, India will lose out the most from heat stress. The capital city of India, Delhi which had an Air Quality Index (AQI) ranging from 500-600 in winters, saw an AQI as low as 50, in this lockdown stage. Clear blue skies and empty roads which is seen right now, had become the rarest of rare sites in Delhi, which is always jam-packed with people; Closer home, residents of Jalandhar in Punjab, woke up to a scintillating sight of the Dhauladhar mountain range on one morning, around 2 weeks of the lockdown. They claim that this has happened for the first time in 30 years. Dhauladhar Range translates to the ‘white range’ and they form a part of the Lesser Himalayan range, which lie at least 200 km from Jalandhar, where a decrease in industrial activities and fewer vehicles on road, lead to this drastic yet beautiful change. According to the Global Climate Risk Index released by Germany-based think tank, Germanwatch, India is the 14th most climate change-affected country in the world. In many ways, India is paying for the excesses of the developed world. Long ago, these extreme disparities may have been solely blamed on nature’s vagaries, but now science has established that human-induced climate change is playing a major role. Climate change, caused by emissions from industries and other human activity, is making the world warmer, disrupting rainfall patterns and increasing the frequency of extreme weather events. Human species has ruined or soaked the earth to the level that now, people have started wondering if the coming up of coronavirus (COVID-19) was good, looking at a present scenario that the earth is healing. At the cost of more than 1L deaths till now, people are getting satisfied for life’s getting better with lessen destruction and more of healing that can be witnessed. So, how if sapiens really affect the earth and on what grounds can it be said that in future, humans going to live as long as they expect. If this is what arises in minds, are the humans sure enough that later in life, these sort of lockdowns will play a major role in frequent Earth-healing programs? None know but none who cannot foresee as well, it is high time people realize and recognize what humans have done to the earth and the rate of sustainability for future because finding keys for residing in a different planet won’t be as good a safeguard as trying to save this one with important measures and precautions. The world is at this level, that people don’t have time to think about their surroundings or how the lifestyle affects even them. It’s important or say, a necessity to think and work for a change because lately, simply money or technology won’t be saving one’s generation life further. At this hour of misery, it’s been asked to be caring and sympathize animals, why not understand the fact, that it’s not a sympathy thing but a responsibility, when we’re the ones responsible for them to lose their land and ecosystem (Remembering, being endangered always gives more hope than being extinct). If we knew how many species we’ve already eradicated, we might be more motivated to protect those that still survive.

The COVID-19 crisis has been led to this stage because our world leaders were busy denying its effects just like they deny the various aspects of climate change. The next time, the crisis may be the climate one. So for that, we should be ready. Recovery is possible only if we believe there’s a problem and if we’re ready to choose it over. It’s the eleventh hour for us to help and realize. “This situation shows us that we can change things if we need to. Climate change and the loss of nature are gradual processes and may be less visible, so its hard to point at it because it doesnt affect as directly as coronavirus is doing. But both show that we have to change our relationship with nature. A scientific paper, published in Nature, heralds a rare success in the reversal of environmental damage and shows that collective global action can make a difference. The study also hints that the full healing of the ozone layer.

Now, what to do, individually? Slow down a bit. Understand. Don’t exploit what you don’t have a right at. Give a day or two, in a few weeks to the earth, work from home once a while. Choose an activity you found to be the most productive (let it be, you did in the lockdown time period), which amaze you but does not harm the earth. Participate in goodwill programs; teach your family what’s important. Rest. Take a pledge of not using a product that exploits nature for a certain time frame, if not permanently. Work is important, money too, but what we’ll do if the Earth doesn’t survive at all? Feel nature, respect it.
As reportedly said, The Winbledon paid $ 2m. a year for pandemic insurance for last 17 years, out of which it got $ 141m. from the policy, as a result of cancellation of the event in 2020. A tennis tournament was certainly better prepared for a pandemic than the governments of the world. Informing how much the world talks about being powerful with regards to destroying another part of the world but way under-prepared and fall flat when coming to a virus like this. More policies and better thinking is what needs to be put in and persuaded for the plans of betterment and increase in the chances of survival, being the real superpower.

“If you don’t have the time to fix it, please don’t break it.”

“Perhaps the Earth can teach us as when everything seems dead and later proves to be alive. Now I’ll count up to twelve and you keep quiet and I will go.”